In a past blog post, we talked about the importance of family meal time. Time spent around the table as a family has overwhelming benefits that can help to build lifelong relationships- not only relationships between family members, but also your child’s relationship with food. That’s right, food. Establishing healthy meal habits at a young age can help to set your child on the path for healthy eating habits into adulthood. With increased awareness of the negative consequences of unhealthy food habits, encouraging healthy habits can make all the difference. With that in mind, let’s talk about some do’s and don’ts for meal time!

Let’s make family meals a priority. As often as you can, have the family eat meals together. Breakfast, lunch, or dinner- however you can make it work for your family. 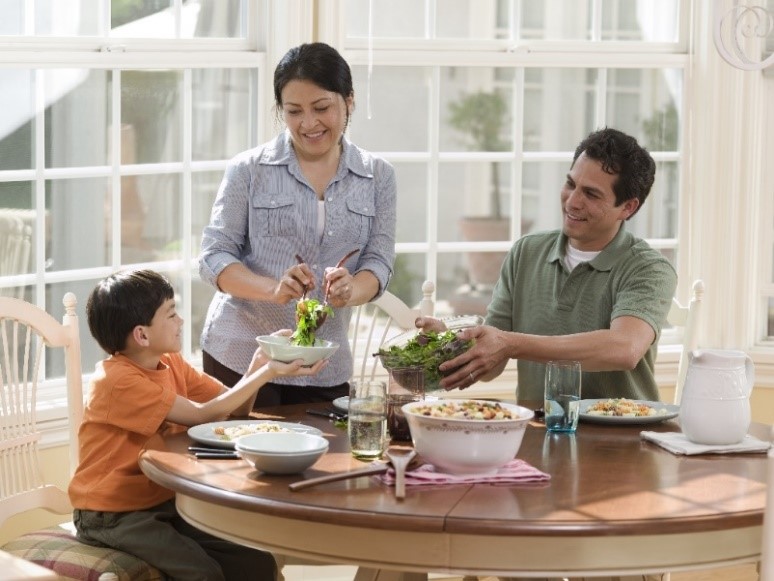 Have fun and be silly with introducing new foods. If your child refuses roasted broccoli, try a broccoli “tot” recipe. If fish is new to them, try to bread it so that it looks familiar (like a chicken nugget). Arrange fruit on their plate in the shape of a smiley face. Try blending spinach into a smoothie to get extra greens in while covering the  taste with fruits. If your child is having fun, they are more likely to engage with you and the new foods you are putting in front of them.

Let’s involve children in the food making process. Plan dinners together. Take kids through the produce aisle of the grocery store and point out the vegetables to them. Have them spend time in the kitchen as you prepare meals and find ways to have them help. This is also where a home garden can really come in handy. Imagine the excitement your child would have over picking, cooking, and eating a vegetable that they’ve helped to grow in your own backyard. How cool! Getting your child involved and letting them have a say in what they are eating can really help to keep them engaged and excited about the healthy meals coming their way. 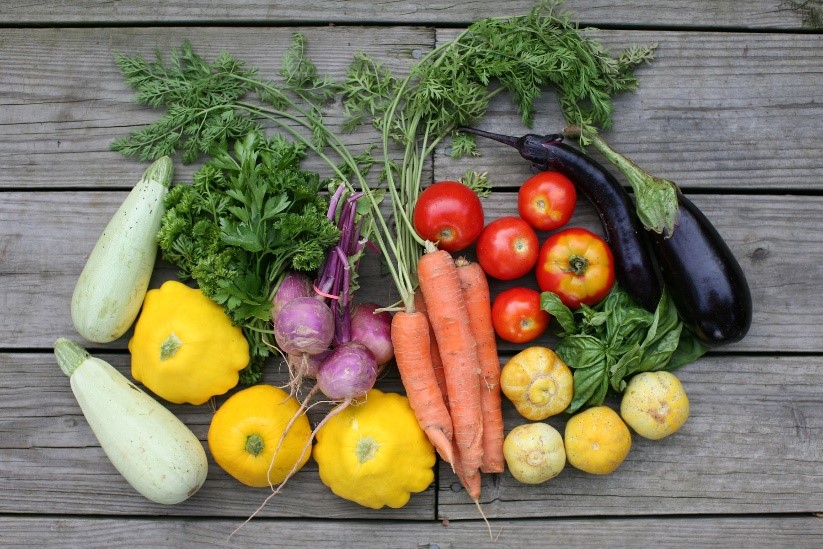 Let’s avoid forcing children to eat. Just as you probably have some foods that you do not enjoy, kids have their own unique taste buds as well. Forcing your child to eat can be rather damaging and help to create unhealthy eating patterns. If you’ve tried and tried and your child just does not like cauliflower, that’s ok! Focus on the nutritious foods that they do enjoy. There’s likely an alternative food for them to eat to get the same nutrient that they might be missing out on with the cauliflower- or whatever fruit/veggie it may be!

Let’s avoid distracted eating. We know that mealtimes offer   invaluable quality time between family members. Time to talk, joke around, and catch up on each other’s day. If mealtime is spent in front of the TV, a phone, or computer, the attention is taken away from the food. Often times, this leads to overeating and therefore creating an unhealthy habit for later on in life. It’s important that children learn to listen to their body cues that tell them when they are full.

Let’s avoid making deals. We’ve all seen it, heard it, or said it to a child, “Just two bites of green beans” or “If you don’t eat dinner, you won’t have dessert.” Making deals is not the way to establish healthy habits, it only controls behavior in the short term. Not only can that- making deals translate into other parts of life. Before you know it, they’ll expect a reward for everything you ask of them.

Your child’s relationship with food starts with their experiences as a young child. Make it count!