Cole was a quiet, loving, polite boy who, at 4 years-old, was cautious and protective of his younger sisters. When his parents, Kyrin and Josh Falcetti, needed child care, they did what most parents do. They asked friends and family for recommendations. A friend recommended his fiancé as great with kids. Kyrin and Josh felt their children would be safe because the child care provider was recommended through a friend.

On May 15, 2017, Cole was dropped off at his child care provider’s home at 11:30am. (His sister was with grandma that day; otherwise, she would have been in the home as well). At 12:45, the parents were called with the news that the unthinkable had happened. Cole had shot himself with a loaded handgun that was left in the room where he had been placed for a nap. The provider knew guns were in the home (her fiancé was a Stafford County Sherriff’s recruit going through training). Part of that training is about firearm safety- never leave a loaded gun in (or on) a bedside table. The provider had a spare room set up with a bed and crib for the children she was caring for to take naps. Alternative sleeping arrangements were discussed with the parents and the master bedroom was never an option. For unknown reasons, the provider chose to place Cole in her personal master bedroom (where a weapon was) for his nap. It’s unclear whether the loaded weapon was on the nightstand table or in a drawer, but what is known is that it was loaded and within reach of a young child who shot and killed himself with it.

“We have so many questions about how this could happen,” says Kyrin. “We may never know the true details of that day. What we can do, on behalf of Cole, is to work to ensure that no family has to go through the tragedy that we have faced.” 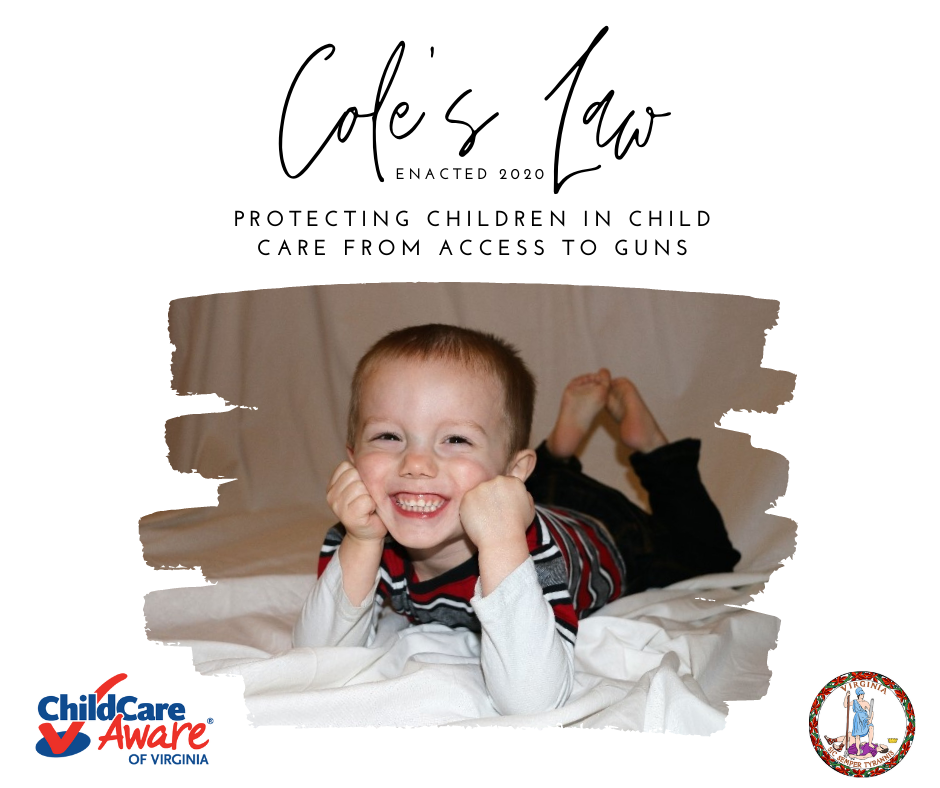