We know that the first three years of life are important to the brain’s foundation for healthy psychological development. Neural connections are developed and repeatedly used during those first years of life to enable future learning and development. 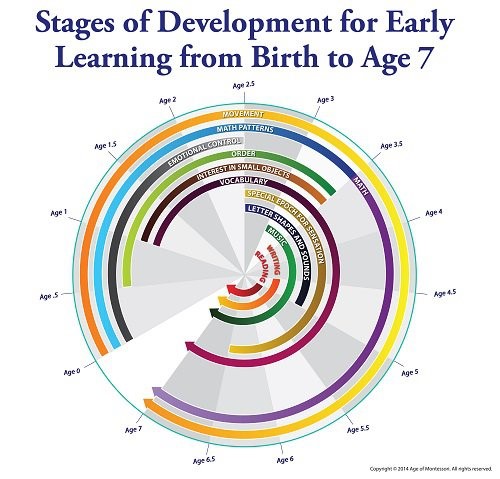 Instead of critical periods of development, research shows that development is actually most influenced by windows of opportunity. During windows of opportunity, or sensitive periods of time, the brain is primed to learn specific information. For example, the sensitive period for learning to speak a second language as if it were a first language, occurs from ages 0-12. Although we can still learn to speak a second language after age 12, more effort will be required because the brain has lost its natural ability to process and store new language information.

The ability to hear and make individual speech sounds occurs during the first few years of life. The musical skill of ‘perfect pitch’ seems to develop only in musicians who began their training before seven years of age. Repeated experiences strengthen connections because they are used frequently, whereas irregular experiences result in connections being discarded or pruned from infrequent or a lack of use. Re-building these connections becomes more difficult, but not impossible, as we become older.

Great video from Alberta Family Wellness, How Brains are Built
Age-based handouts from Zero to Three for each sensitive period of development